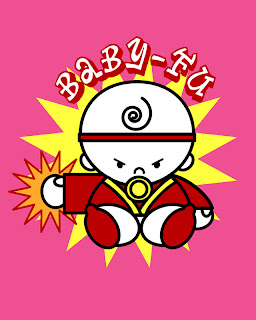 With a friend expecting a new family member this summer, I thought this would be a cool onesy or perhaps an oversized shirt for this Mother to be. Maybe more for the Mother to be, especially after some spicy food?
Posted by dugbuddy at 2:59 AM 5 comments: 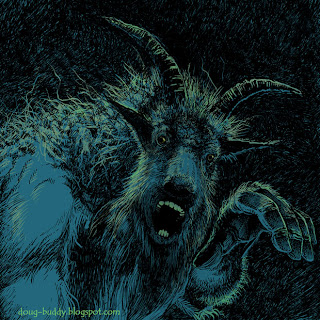 Goat-Man of Prince Georges County. Not done yet with the color, still poking at it. But here is where it stands tonight.

*Reports of the Goatman began in 1957, with sightings occurring in Upper Marlboro and Forestville, Prince George's County, Maryland.[4] From there, sightings spread to other states; with reports of the Goatman being made as far south as Texas in the 1960s, Washington and California during the 1980s, and as far north as Ontario, Canada and Cannelton,Indiana during the 1990s.

Alleged sightings have now been reported in Alabama, Arkansas, California, Florida, Kentucky, Michigan, Oklahoma, Oregon, Washington, and Wisconsin. The largest concentration of these sightings has been around Bowie, Maryland.

Recently it has been rumored that there has been a sighting of the goatman in Ann Arbor, Michigan.

*from wikipedia
Posted by dugbuddy at 12:26 AM 3 comments: 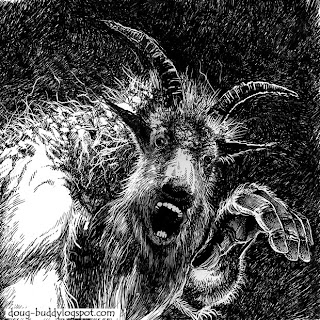 Goat-Man of St. Georges County. This is the other piece I am trying to get finished for the Fantagraphic books contest for the Bestiary2. color will be hopefully added today or tomorrow.
Both Goat-Man and Fizzle Goblin are based off of local folklore.
Posted by dugbuddy at 10:22 AM 2 comments: 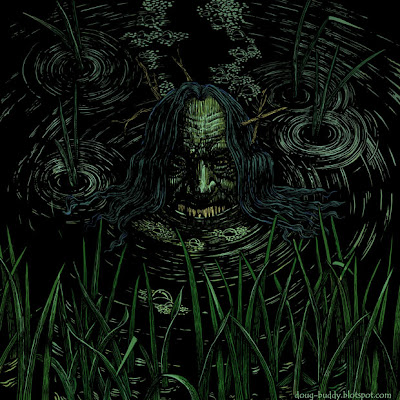 Phizzel Goblin in color. For a Fanatagraphic Books competition. One place open on their beasts book 2. Hopefully I will be able to submit this piece and a yet to be finished piece on the Goat-Man of St. Georges Bay.
Posted by dugbuddy at 12:00 AM No comments: 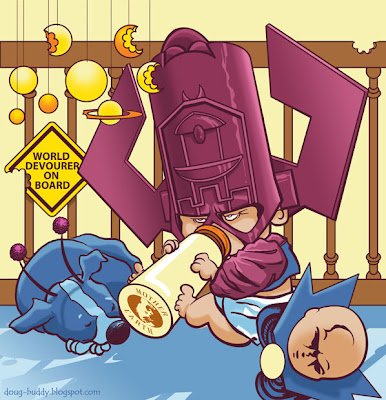 Drawergeeks: this week is Galactus, with all apologizes to Jack Kirby.
Posted by dugbuddy at 5:48 AM 3 comments: