The start of The Sketchbook Project 2011 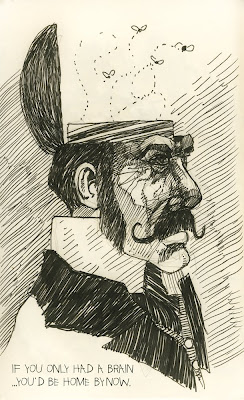 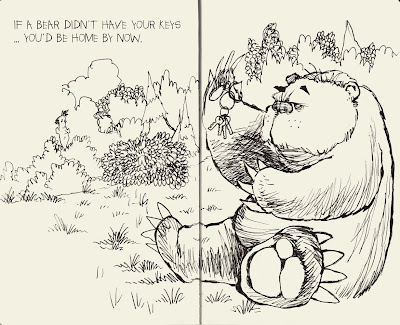 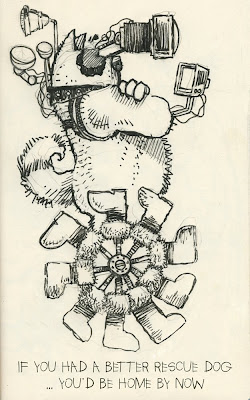 I have joined the national touring "Sketchbook Project 2011". This touring art exhibit will tour several several libraries and galleries around the country. http://arthousecoop.com/projects/sketchbookproject/exhibitions
So this is my first jump into the sketchbook. I let the project choose a topic for me... I got "...You'd Be Home By Now." So the sketches that I am doing are reflecting the "..." in the beginning of the topic to start off the story. It is similar to bringing a punchline to the front of a joke... A'la "You might be a _______". Hopefully with a pinch of visual flair. I hope.
Posted by dugbuddy at 10:31 PM 3 comments: