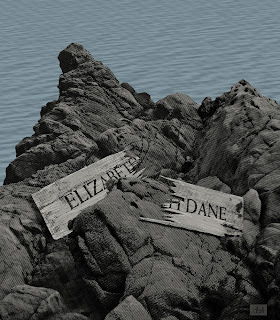 The Elizabeth Dane:
John Carpenter's The Fog
from wiki-  In 1880, six of the founders of Antonio Bay (including Malone's grandfather) deliberately sank and plundered a clipper ship named the Elizabeth Dane. The ship was owned by Blake, a wealthy man with leprosy who wanted to establish a colony near Antonio Bay. During a foggy night, the six conspirators lit a fire on the beach near treacherous rocks, and the crew of the ship, deceived by the false beacon, crashed into them. Everyone aboard the ship perished. The six conspirators were motivated both by greed and disgust at the notion of having a leper colony nearby. Antonio Bay and its church were then founded with the gold plundered from the ship.

Labels: Illustrations: the dark side. 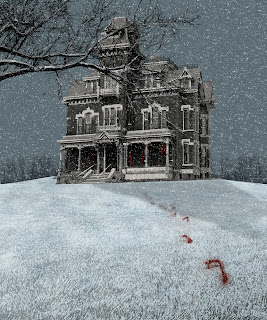 Salem's Lot:  The Marston House.  The newest edition to the Illustration on the Dark side.
Posted by dugbuddy at 2:42 PM 1 comment: